ABOUT:
Although not in as populated an area as big sisters Lenox Square and Phipps Plaza, this Atlanta shopping Mecca hardly plays second fiddle in retail selection. Choose from such diverse and popular shops as Payless Shoe Source, Radio Shack, Foot Locker, and Rainbow Clothing. American Deli and Abdullah the Butcher’s headlines a group of unique eatery options to nourish hungry shoppers, and such service industry outlets as West End Shipping Company and A&O Printing add the convenience of one-stop shopping.

TRANSPORTATION:
West End is located on the south side of Interstate 20 at the Joseph E. Lowery Blvd. exit. It is also served by the West End MARTA station and MARTA buses.

ABOUT THE MALL WEST END…
The Mall doesn’t have anchor stores (except Foot Locker for the sneaker fetishee) or even a food court, but what it does offer from its convenient positioning in downtown’s shadow is history and a strong communal feel. For years the place has been the spot for nearby HBCU students in need of a new CD (Vybz Musiq), a few toiletries (Maxway) or a fresh face for the big party (Dendera Cosmetics). And even without your standard fast food palace, Fish in the Pocket and American Deli have become a comfortable staple for their inexpensive hot wings.

The West End Mall is the “in” place to shop, and people watch. With the BarberShop II for your cuts to Maxway for your $1.00 days; the Historial Houses for a stroll and the coming Beltline to pull it all together…I want to open a business in the West End…soon.

What I like most about this mall is the fact that it is so representative of the students at the nearby historically black colleges and university nearby. There are flags from each school adorning the walls in the mall and the whole flavor of the mall reflects everything the students are trying to accomplish. There’s an EXCELLENT fish market and a number of specialty stores. PLUS: There’s a Maxway, which helps furnish those bare dormrooms.

The West End neighborhood of Atlanta is on the National Register of Historic Places and can be found southwest of Castleberry Hill, east of Westview, west of Adair Park Historic District, and just north of Oakland City. It would be difficult to find a neighborhood more closely linked to the city’s, state’s, region’s, and nation’s historical development than the West End district of Atlanta.[citation needed] Architectural styles within the district include Craftsman Bungalow, Queen Anne, Stick style, Folk Victorian, Colonial Revival, American Foursquare and Neoclassical Revival.

In this century, West End has endured many changes in its metamorphosis to an intown neighborhood while retaining its own distinctive character and vitality. This has been accomplished both by adaptation and participation in change and by its citizens’ recognition of the district’s special history.

After 1930, West End was an aging but still vital Atlanta community. This vitality is most clearly evident in the West End Businessmen’s Association (originally formed in 1927). In 1937, the Association pushed for extension of the National Housing Act title providing for home modernization loans, and in subsequent decades (1950s and 1960s) for economic accessibility and population stabilization, including segregation. With the group’s support, Gordon Street was widened, Interstate 20 was built across West End’s northern fringe, and the old business district (along with large amounts of residential housing) was demolished in favor of a mall development. Completed in 1973, the mall’s accessibility was later augmented by part of the city’s latest transportation system, a MARTA station, across the street. The West End Businessmen’s Association obviously was successful in many areas, but it failed in stopping “white flight” and the movement of African-Americans into the community. By 1976, West End was 86% African-American.

By the 2000s, much of it still looked blighted but a few bright spots were popping up due to a wave of investment in intown Atlanta beginning to rejuvenate the area. As West End was once described as one of Atlanta’s most socially diverse and culturally rich communities, it is again returning to the tradition of its past, as it relates to the regenerating of community value and revitalization. An example of revitalization in West End is Sky Lofts, which converted a long vacant Sears parking lot. Sky Lofts brought a lot of new residents, especially young professionals, looking for urban lifestyle. Historic houses are being rehabbed and renovated by new and old residents. West End, as its name suggests (named after London’s theater), is also a mecca for artists. West End was chosen by Creative Loafing in 2010 as Best Neighborhood For Artists.

West End is also a pioneer neighborhood for the BeltLine project in Atlanta. The first model mile was completed in the spring of 2008. The model mile consists of the biking and walking path, improvement of White Gordon Park, and one new park behind Brown Middle School. In addition Trees Atlanta planted 200 trees native to West End which will be part of 22-mile linear arboretum that will follow the BeltLine corridor.

In addition to being an artist’s mecca, it is also a hub for Atlanta’s Afrocentric community. Sites such as Soul Vegetarian South, the Shrine of the Black Madonna church, the Hammonds House, The Mall West End, and the African Djeli contribute to the West End being one of the strongest hubs of African-American culture in Metro Atlanta. In last few years West End is experiencing steady influx of new residents. Neighborhood is becoming more racially diverse and new residents are very welcome by community members (post mortgage fraud). 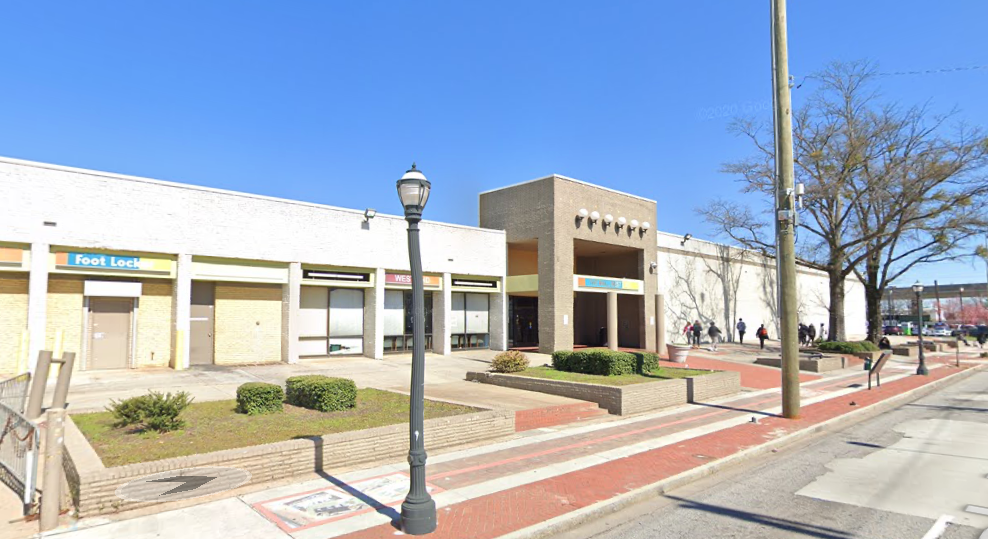